The Oilers had a lot of success in October, going 9-4-1 in the month and collecting 19 points in 14 games. They sit first overall in the Pacific based on points, but if you factor in the number of games played and the points available, they finished second in their division with a points-percentage of 0.679 behind only Vancouver.

Something I started doing last season was tracking how the Oilers compared with their division rivals at even-strength (5v5) on a month to month basis. Metrics like points, points-percentage and goal-share (GF%) at even-strength gives us a snapshot of the current results. And underlying shot-metrics like shot attempts and expected goals gives us a sense of which teams in the Pacific are for real, and which ones might have issues to address if they want to contend for a playoff spot.

Below are the results as of October 31, 2019, with teams sorted by points-percentage. For each of the shot-share metrics, I’ve applied a basic heat-map to show which teams are doing well compared to the division teams and which are struggling.  A description of each metric is at the end of this article. 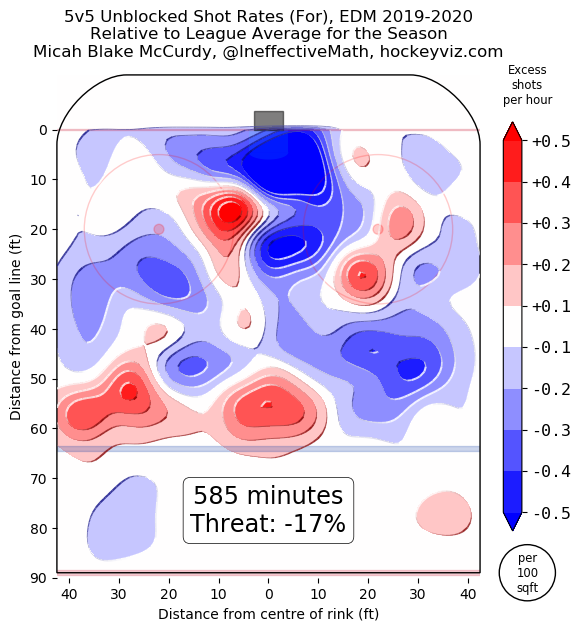