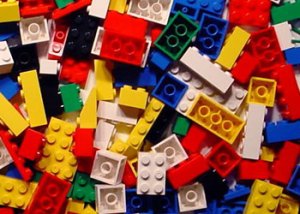 It would make absolutely no sense for the NHL to restrict fans access to any level of stats, whether it be the traditional set or the advanced possession ones (i.e., Corsi, Fenwick, etc).

The NHL has changed it’s Terms of Service to reflect that. On Thursday, Zsolt Munoz of The Copper and Blue provided an excellent summary of the changes and raised concern that this might impact the go-to websites like Behind the Net and Extra Skater.

As of Friday morning, Extra Skater has become inactive, much to the dismay of its many users. The website does scrape data from the NHL website but extends it to calculate new information and “advanced” stats. Darryl Metcalf, the websites administrator, puts it all in a fantastic dashboard format making it easy to navigate and use. I’m really not sure what’s happening with ES, but I’m pretty confident that the NHL will not be preventing anyone from using and extending its game data. Couple points:

I really see the NHL really opening up the flood gates when it comes to data. They may push to be the gatekeeper of data, which may be a fair trade-off if fans can extend it into accurate information. Past attempts by Major League Baseball to stifle the analytics growth have either failed or been held up in court, which I think gives hockey fans some hope that whatever data they want will be available to them free of charge. I also think the NHL will develop a process to support the development of new applications that use the data in some creative way. The more people toiling away with hockey data, the more time they’re spending on NHL related stuff…I assume that’s what the NHL would want,

And hey, if for whatever reason the league restricts data or even tries to charge for it, you will definitely see more tracking projects pop-up, similar to Corey Sznajder’s All Three Zones Tracking Project, who has found an excellent way to track his own stats and receive compensation from the larger fan community.

Information and knowledge can’t be restricted in the modern society as far too many tools and the cooperative nature of individuals will support its growth. The momentum of information growth is giving fans a new role when it comes to consumption as a shift from passive consumption has been replaced by active, collaborative, engagement.