A big thank you to the the organizers of the Rundle Summit for inviting me to provide the opening keynote address this weekend. It was a pleasure to present my research findings and share my experiences as a blogger in Edmonton. We had a great discussion following the presentation – really appreciated the questions and feedback.

Below is a description of the session.

Communication technology is a critical tool for hockey fans to acquire information and to stay engaged with the game. The development of web technology, mobile phones and social media applications, in conjunction with the traditional mediums (i.e., television, radio, newspapers) have made information more abundant and travelling at an even faster rate. With the evolution of communication technology, there has been a significant shift in fan behavior and the impact fans have on the information that surrounds the game. By leveraging this technology and becoming creators, developers and distributors of information, fans have  become more than consumers of information and have instead taken on a more active role.

Mr. Agnihotri will share his motivations for undertaking his research, his own experiences as a hockey blogger and the impact fans are having on the direction of the game. (Source)

For those interested, below are the slides that I presented. These have been published without my speaking notes, so please let me know if any of the content requires clarification.

For a re-cap of the event and the other presentations, you can check out the Rundle Summit’s twitter account (@RundleSummit). Attendees also used the #RundleSummit2018 hashtag on Twitter to compile and discuss the presentations.

"When fans are motivated and work collaboratively, they can go on to create some pretty amazing stuff." @sunilagni finalizes an in-depth presentation on hockey participatory culture and fans as produsers. #RundleSummit2018 pic.twitter.com/Y3Y1qu03Gz

Getting ready for the Rundle Summit – The SuperFan (2018, February 20)

Lots to check out at the event co-hosted by the University of Alberta and the University of Calgary, with things kicking off on Friday afternoon. I’ll be providing the keynote address on Friday evening with panel sessions scheduled for Saturday. Full program details are here.

It’s been a lot of fun putting my thoughts together as I’ve tried to weave the research I completed in grad school with my experiences from blogging. I’ve had to dig deep to uncover how/why I went down the path I did, uncovering some old stuff along the way.

Plenty more to share on Friday, the focus being on hockey fans and how their active participation in the coverage of the game has forced the league and the media to adapt.

Looking forward to the conference. 😉

Related: Speaking at the Rundle Summit – The SuperFan (2017, December 4) 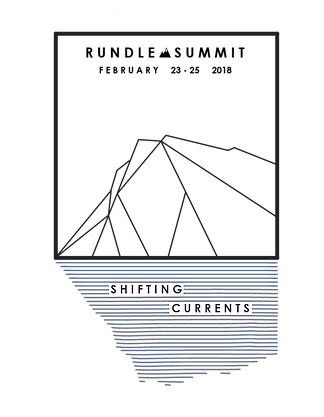 I’ll be discussing the research I did as a graduate student at the U of A, which was around online hockey fans and how they use blogs to develop and share new information.

You can access my final research paper here: SuperFan 2.0 : Exploring the produsage qualities of hockey fans

Personally, I was able to apply what I learned from the program to my own day job, but also used a lot of the concepts to start my own hockey blog. I’ve been a life-long fan  and like using stats to dig into things, so it’s been fun providing commentary and learning about the different ways to evaluate teams and players. I’ve been very fortunate getting opportunities to write for other web sites, and being on TV and radio. It’s been a fun side-gig, as I’ve been able to do something I really care about and  meet some very good people along the way.

I’ve also got a pretty good perspective on how the media’s role has changed because of the new communication tools available to fans, and will share some of my experiences. The most interesting aspect for me has been the development and growth of hockey analytics and how it’s played out in the public sphere. It’s been largely fan-driven, and it’s impacted how the league and major media networks provide coverage.

I’ll post a few updates as I put my presentation together, and will publish my final work here as well.

The #Oilers penalty kill has given up more goals than the high-octane powerplay has produced. That’s a huge, huge problem especially at a time when the team is also struggling at 5v5. Latest post is up at The Copper and Blue.